Loopholes in the first draft:
After speaking to some people about my earlier concept, I realized that it was a little clinical in its approach- Unless a child was motivated enough, with a high interest in mathematics, he wouldn't want to explore the possibilites of the blocks. I needed to make the interface more user friendly and fun- something that a child would be interested in playing with, and therefore engaging with mathematics. This version focusses more on situations, characters and storytelling, still maintaining the interactivity and exploratory aspect of the earlier version.

Making an interactive mathematical narrative; building your own story with the help of scenarios. All interactions and scenarios focus on the application of math in everyday situations. 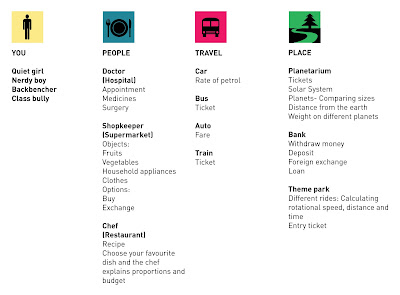 There are four types of building blocks- You (Character), Travel, People (This includes 3 blocks of real world people and scenarios that can be interacted with) and Places (3 blocks of places where children can learn about the application of math). Each face of each block corresponds to a different property of that person/scenario. (For example, the “Travel” block, will have an auto, car, train and bus on the faces of the block respectively)

You begin by choosing a character, and this character then interacts with different people/places/transport mathematically by arranging the cubes (with respective faces) in any order- Like building a storyboard. 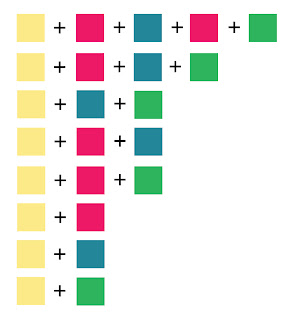 Children can use this device to build their own stories, engage with mathematics, and relate it to the real world. 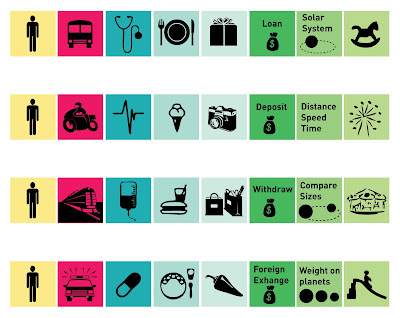