This is a simplified model of the first draft, the permutations and combinations of which allow children to animate characters, perform actions, modify them. and therefore explore the mathematics involved.

People, Animals (Characters)
The player starts with choosing a person/animal/both. Each cube has 5 working sides, each representing a different person/animal.

Actions (For characters)
These can be used to give the character properties- Eg. Jump, Run, Dance etc.

Modifiers (For actions)
These are tools that are applied to actions, to increase/decrease the rate/time etc mathematically.

Comparisons (For characters)
These are tools that can be used to compare sizes/weights of different characters. 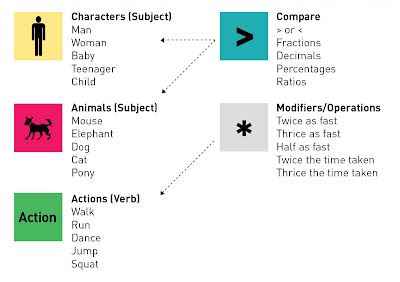 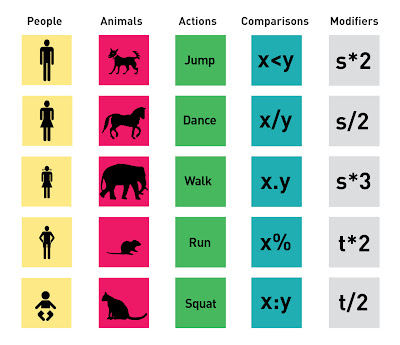 HOW TO USE:
Pick your character/s:
Start by picking a person or/and animal.
Character properties: Name, Age, Weight and Height, Description. 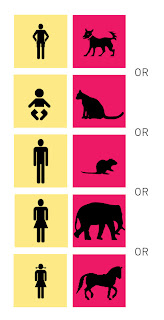 Comparisons:
Compare the size/weight/height of characters. You can see these comparisons in different representations, eg. percentages, fractions, etc. therefore learning about the relationship between different mathematical tools. 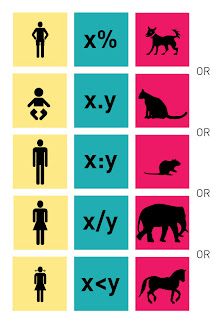 Modifiers:
Modify your actions by adding the ‘Modifier’ block. Watch your character perform the action at a faster/slower rate, calculate the time taken, the distance traversed etc.

Random:
Make a baby dance, in slow motion. Then make him squat, and increase the speed. Then try making the horse dance with the baby!
Posted by Akshataa Vishwanath at 2:16 PM